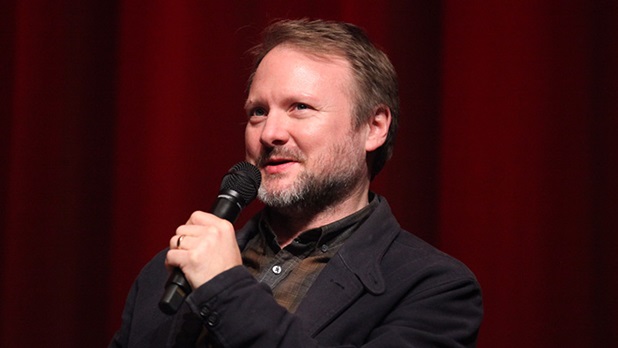 It’s widely accepted that the Disney Star Wars trilogy seems to have been largely improvised without a clear plan for a three-film arc. However, an improvised series didn’t necessarily need to be a disastrous scenario. Improvisation is supposed to take a story down fun, surprising paths to its most deliciously creative end, albeit within a partnership construct with rules to keep the storytelling fruitful. That last bit is where we get into trouble.

The most important rule in improv is to always agree – the concept of “Yes, and.” In improv, you must always agree with what your partner has laid out: acknowledge and accept the new information, then build upon it. Then you return it to your partner for them to, in turn, acknowledge, accept, and add to the new information you have provided to the story.

IMPROV THEATER DIRECTOR: Ok J.J., I want you to work with this new kid in the troop. His name is Rian. He’s done like two shows before.

J.J. : Wow, milking this cow on this farm sure is hard work.

Rian: You can’t eat it. The fish is poisoned from the river.

J.J.: Okaaaay. Well, let’s hike to that waterfall then.

Rian: My leg is broken.

J.J.: (thinking fuck this guy) Oh no, you died. I’m going to get back to milking my cow.

This brings me to why Rian Johnson was the worst choice to bring to an improvised Star Wars sequel series: he is the world’s worst improv partner.

If “yes, and” is the ally of all good improv, “no, but” is its greatest enemy and that is Rian’s filmmaking mantra. Let’s see how he applied this improv-destroying technique to The Last Jedi.

The Force Awakens: Rey’s parents are mysterious and her lineage special. Did you see what happened when she touched Luke’s lightsaber that was calling to her at Maz Kanata’s?
The Last Jedi: No, but they aren’t. Her parents are nobody and her lineage has no connection to previous stories.

TFA: Snoke is a powerful Sith and the villain our heroes will have to contend with for the fate of the galaxy.
TLJ: No, but he isn’t. He’s easily fooled and killed by a young, highly emotional apprentice.

TFA: Rey will return Luke’s light saber to him so he can train her in the ways of the Jedi and help his sister and the rebellion. They can courageously fight Snoke and Kylo just like heroes do!
TLJ: No, but he won’t. Luke won’t train her, hates the force, hates Jedi, and tried to murder his nephew. Maybe he’ll show up in a battle, but only as a projection just to rub your face in what could’ve been.

Rian Johnson took all of J.J.’s biggest plot points and “no, but”-ed them away. Detractors will say J.J. in return “no, but”-ed Rian. But he didn’t. Just like in the improv scenario above, he went back to milking his cow when Rian decided not to actually participate in the show. But like a good improv performer realizing he is in front of a audience who wants to be entertained, he “yes, and”-ed most of Rian’s work that wasn’t in disagreement with what he had laid out in TFA. Here’s how:

The Last Jedi: Rey and Kylo force-time, and when they do, they can physically interact with each other’s space. See the rain on Kylo’s glove?
The Rise of Skywalker: Yes, and as they grow stronger they can interact even more with each other’s physical space while force-timing. Watch Kylo grab Rey’s necklace! Watch them light saber battle during force-time! Watch them knock over Darth Vader’s helmet column!

TLJ: Jedi can die when they use too much force. See Luke disappear after the battle?
TROS: Yes, and Leia will die after using the last of her force power to reach out to her son. And, when Ben returns to the light side, he will sacrifice himself using all of his force energy to save Rey, dying in the process. That’s drama!

TLJ: Kylo wants to reject the Sith and the Jedi! He wants to go rogue! He says kill the past if you have to!
TROS: Yes, and let’s start the movie with Kylo searching for the Sith planet to kill them all! He’ll even reject the Emperor!

You might think after reading all of this that I am a J.J. fan. I most certainly am not. I think he is a terrible storyteller with no mind for endings, and has made a career ripping off Amblin, passing it off as homage. I have no doubt he’s become erect watching old, grainy Spielberg interviews. However, one thing he does do well is relaunch old franchises. He did a competent job with the first Star Trek film (before destroying the second). The Force Awakens is not perfect, but it certainly got everyone’s nostalgia meter up and told a competent Star Wars tale. But when his story was left to the rest of improv troop, they decided to throw the rules out the window and sabotage the show.

I don’t hate The Last Jedi, but it didn’t come to play. Sadly, none of this is surprising coming from the man who has said one of his largest inspirations is Annie Hall because it “broke so many rules in terms of film narrative.” And that all his favorite films are “somebody else’s least favorite movie.” Rian Johnson wants to be opposite. He wants to be contrary, like the absolute worst improv partner.

2 thoughts on “Why Rian Johnson Makes a Terrible Improv Partner”