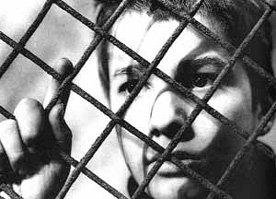 I am aware that I am ‘Les Incompetent’ when it comes to French films. Apart from Jean Pierre Jeunet’s film Amelie being one of my favorite movies of all time, my knowledge of French cinema is minuscule at best. It is for that reason that I have been studying the French Film Review regarding his works. His films have been revered for their stunning visual images as well as their nostalgia for the 1930’s French cinema golden age. His choice of camera shots along with his selections with framing have been noted as echoing other works of French cinema including Rene Clair, Marcel Carne, Sacha Guitry, Albert Lamorisse and Francois Truffaut (505 FFR).

Deeper down the rabbit hole…

To understand Jeunet’s fondness for his predecessors as well as references within his own films, I delved deeper into what is known in cinema canon as The French New Wave movement. I have long feared this mystifying time in film culture because of insecurities surrounding my own potential inability to comprehend this level of artistry and thus being shut off from participation within meaningful film discussion. To me as an outsider looking in, if there is one movie that captures this enigmatic style the most it is Francois Truffaut’s 1959 film The 400 Blows. My fear of acceptance is called up the moment I set eyes on the cover art of this film. Its image of a young boy behind a fence, frozen with bewilderment is numbing and even quite intimidating since I know this movie is held in such high regard. After finally watching this movie, I see that the 12-year-old protagonist Antoine Doinel’s fear of societal acceptance within the film is mirrored only by my own.

The 400 Blows or “Les Quatre Cents Coups” could find a fair translation in “Raising Hell” (Fabe 125) and it closely resembles Truffaut’s own adolescent life where he skipped school, ran away from home and would sneak into the cinema to hide from his unpleasant life at home. It is here that I can let go of my own grown-up worries as I am now exposed to the hardships of a young boy who can’t seem to do right by his parents or his educators. I share in this feeling of being an outsider with young Antoine as he is shunned from society and seen as a troublesome kid. My own boyhood days were filled with trips to the principal’s office, after-school work and the occasional desire to run away from home instead of facing the consequences after being caught cheating.

Within what to me could be the most formidable film, I have now found one that resonates with my very being.

Like many who watch the film, I feel for young Antoine as he can’t seem to navigate the difficulties of his situation. How can he complete his studies while his time at home is taken up by his household duties and then put immediately to bed by his indifferent busy parents? The film captures what it is to be a child and to feel stuck in a hopeless position where the only solution is to escape.

The mournful flute and guitar on the soundtrack help us as the audience to not judge so harshly his dissent into a direction of his first theft (Stonehill).

A scene that stuck out to me as very memorable one was that of when Antoine is drinking the milk he just stole from a storefront. Brian Stonehill points this out in the film commentary that the milk which he steals figuratively represents the type of affection he does not receive from his mother and that he must drink it alone standing up as an icon of hunger.

The visual appeal of the film invokes emotion in its viewer while you watch the decline of its main character. Yet there is a happiness within the film when you see how Antoine enjoys himself while he plays hookie from school. One particular scene has him being spun around on a Tilt-A-Whirl where he loses his orientation and is able to hang upside down (Truffaut himself plays a character on this ride). These are activities that take him away from school and as young boy who dreamed for freedom outside the school walls, I feel a certain amount of excitement for Antoine as he begins to see the world for himself.

The 400 Blows changed everything.

In 1959, Francois Truffaut won the best director award at The Cannes Film Festival for The 400 Blows. The film’s success helped set in motion The French New Wave movement where movies were brought out of the recording studios and into the streets thereby contrasting the artifices of Hollywood sets (Stonehill). This began a shift in movie-making control where it would move away from the production companies and into the hands of the director. Annette Insdorf recounts that “one of the elements that made FNW movies what they were was the personal. A film-maker could tell his or her own story even behind the mask of script and performers.” It is for this very reason that Truffaut can illustrate in The 400 Blows the painful adolescence he knew so well.

Truffaut worked with fellow film critic André Bazin writing for the film publication Les Cahiers du Cinema (not to be mistaken for Film du Cinema). It is here where he and his colleagues could go from film critics to filmmakers thereby contributing the art-form they loved so much.

After the success of the The 400 Blows, these young French film critics were now able to be counted as potential filmmakers. The French New Wave flourished for several years as these filmmakers helped each other and took risks together in order to collaborate on making the movies that they would have wanted to see. Jean Luc Godard is one such filmmaker that came from this scene. I have heard his name over the years but never seen his work and if this research has shown me anything its that the rabbit hole goes so much deeper. I heard Truffaut say that he had seen over 3000 films before he made The 400 Blows at age 27 so I most certainly can keep digging. I’m looking forward to returning to those streets of Paris as I am currently finishing the Doinel Collection where Truffaut continued to collaborate with the actor Jean-Pierre Léaud, following the character Antoine Doinel over the years. Once I’m done with this there will be so many more French New Wave films to enjoy. I’m so relieved that by finally watching this film, I found an art-form that can mirror my own thoughts and feelings and in so doing melt away the very thing that had kept us apart all along.

2 thoughts on “The 400 Blows or: How I Learned to Stop Worrying and Love the French New Wave”